It was an exciting day for the BigEasy.com team on Tuesday, July 2nd, as we watched as the new  Riverboat Louis Armstrong make her way down the Mighty Mississippi to her new home at the Orange Street Wharf behind Mardi Gras World.  Once known as the City of Evansville, a casino boat in Evansville, Indiana, this riverboat vessel has been in operation since 1995. In 2017, Hospitality Enterprises New Orleans/BigEasy.com, which owns and operates the Paddlewheeler Creole Queen, announced that it would be repurposed for a music and entertainment venue. In November 2017, the riverboat underwent renovations and was renamed Riverboat Louis Armstrong. Over the past two years, our crew have put countless hours into remodeling this riverboat into a luxurious, state of the art events venue.

After spending almost 20 years as a riverboat casino in Evansville, the vessel required a lot of remodeling when she arrived to Louisiana. Prior to leaving Evansville, the massive smokestacks were removed in order to fit under the many bridges she had to go under on her voyage to her new home. These stacks were cleaned, repainted, refurbished, and reinstalled when they arrived to New Orleans. To revive the exterior of the boat, the crew draped, sandblasted, and grinded the entire exterior of the vessel.  All four decks were refinished with non-skid material to provide top safety for our staff and guests. The exterior walls were painted white and the trimming of the boat was painted a bright red with the pavilion of the top deck painted yellow. All safety equipment was updated including life rafts, life jackets, and two new rescue boats. Three engines and two generators were overhauled and the radiator underneath the boat, that is used to clean the engines, was rebuilt. The biggest addition to the exterior are the 30’ x 30’ Riverboat Louis Armstrong logos applied to the sides of the vessel as well as a 12’ tall image of Louis Armstrong on the back of the pilot house.

When she arrived in Louisiana, our crew began the removal of over 900 gaming machines throughout the vessel as well as demolished all surfaces including walls, floors, ceilings, bars, bathrooms, a deli, and cashier counters. A brand-new floor plan was created that would accommodate everything from large scale concerts to small, intimate functions. The interior you see now is entirely brand new from top to bottom, including the wiring from the security cameras, electrical systems, and audio. All lighting on the Riverboat Louis Armstrong is brand new and wired to a digital control system that can be customized for any event or concert. The RLA crew worked with the Coast Guard to engineer and install an entirely new house and concert audio system that was both certified and acoustically sound. A state-of-the-art stage was built in our concert hall as well as lavish bars, lounges, and ceilings that were built to ensure the concert hall would feel open and inviting. Everyone knows the Louisiana heat and humidity is much more intense than the weather in Indiana, so the AC units were rebuilt and reserviced to be able to handle the extreme Louisiana weather. The beer, soda, and liquor wells are all brand new as well as the back of the house area, equipped with new dishwashing services and a new food prep area. Each floor is designated for a specific event. 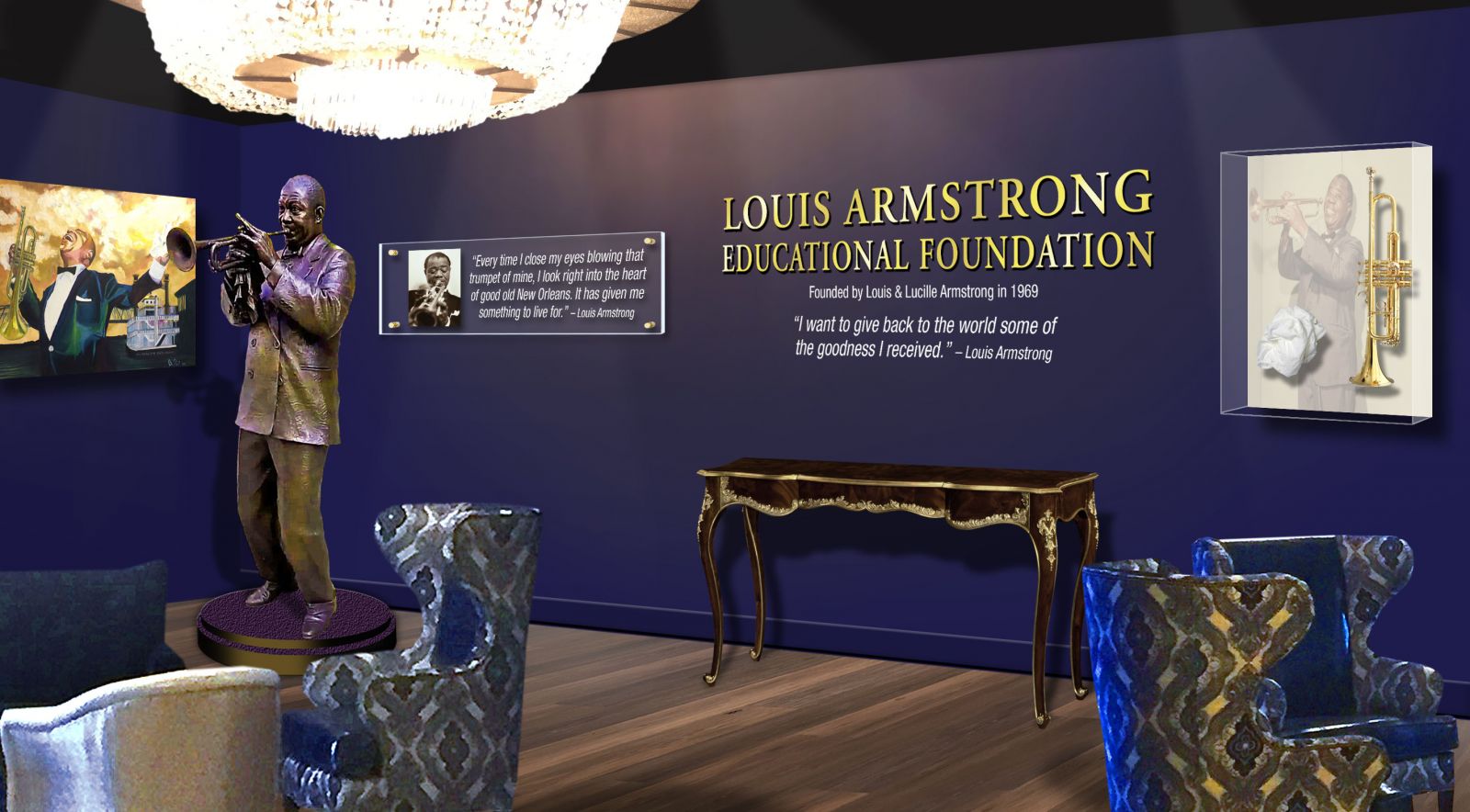